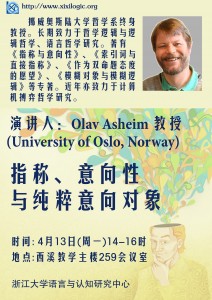 Title: Reference, Intentionality, and Purely Intentional Objects
Speaker: Prof. Olav Asheim (University of Oslo)
Date & Time: 13 April 2015 (Monday), 2 – 4 pm
Place: Seminar room 259, Main Teaching Building, Xixi campus, Zhejiang University
ABSTRACT
There seems to be an important difference between the following two belief reports, the first one often called “de dicto”, and the second “de re”:
(1) Peter believes that someone has stolen his bicycle.
(2) There is someone Peter believes has stolen his bicycle.
However, in (2) we quantify into a belief context, something which is very problematic.

There are two big obstacles to quantifying into belief and other attitude contexts. One of them is that coreferential terms cannot be substituted for each other in such contexts without the risk of turning truths into falsities, the problem of substitutivity. The other obstacle is that the object a belief or other attitude is directed at may not exist, the problem of possible reference failure. In my book Reference and Intentionality I have proposed solutions to both problems. The topic of this talk is the second problem. My solution to the problem of possible reference failure is to recognize purely intentional objects, objects that can be identified only by their intentional properties, i.e. the properties they have in virtue of being objects of intentional acts and attitudes. I shall show that there is no problem with referring to and quantifying over such objects even when they are said not to be non-existent, and explain what it means for a purely intentional object not to exist. 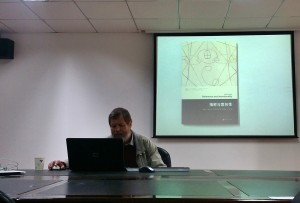 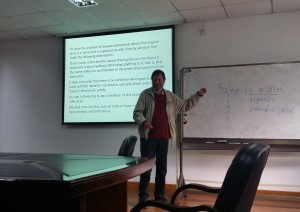 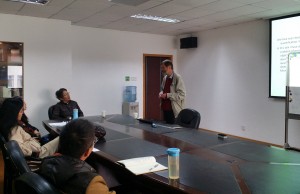 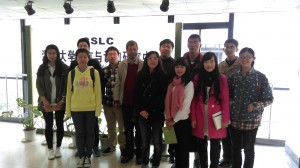 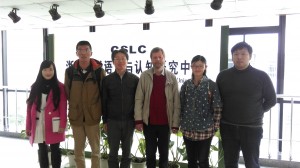 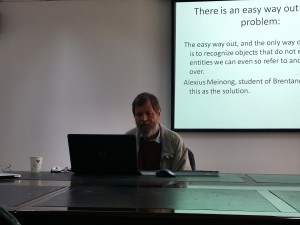 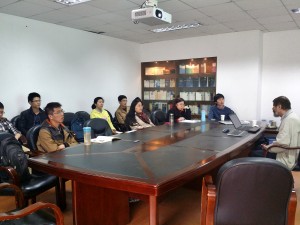 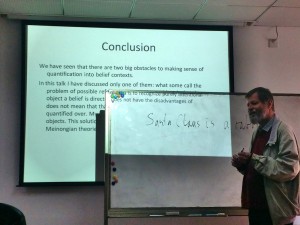 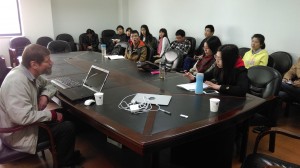